Why Your Fatigue Can Be Due to Vitamin D Deficiency

What is Vitamin D?

Vitamin D, famously known as sunshine Vitamin, is produced from cholesterol when your skin is exposed to the sunlight. It is also naturally found in certain food items such as fish, fish liver oil, beef liver, cheese, egg yolk, some dairy products and grains fortified with Vitamin D (1).

About 50-90% Vitamin D required by the body is produced by the exposure to sunlight while the rest comes from the diet (2).

People with dietary restrictions such as those suffering from lactose intolerance or those on a strict vegan diet are more likely to suffer from a Vitamin D deficiency.

Some people also have malabsorption disorders leading to poor absorption of Vitamin D. Likewise, people having liver or kidney disorders fail to convert Vitamin D into its active form which is utilized by the body.

Another major cause of Vitamin D deficiency is reduced exposure to sunlight. During the recent years, awareness campaigns focusing on harmful effects of sunlight has led to people covering up in the sun and using sunscreens. Also, nowadays people spend less time outdoors as most activities are carried out indoors. Resultantly, Vitamin D levels start falling without most people realizing it.

Why is Vitamin D important?

Vitamin D is important for the absorption and utilization of calcium which is critical for healthy bones and teeth. It also strengthens our immune system and prevents infections.

Vitamin D deficiency can increase your risk of getting several preventable health conditions.

Last but not the least, Vitamin D deficiency can eventually result in an early death.

Other Diseases That Can Be Related to Similar Symptoms:

To establish differential diagnosis of Vitamin D deficiency, there are certain conditions which should be considered. Such as:

During the recent years, extensive research has been conducted on diverse health effects of Vitamin D. A study published in February 2018 concluded that Vitamin D deficiency is an important factor contributing towards the development of inflammatory bowel disease (9).

The importance of Vitamin D in promoting skeletal health is well established. Vitamin D deficiency is the most common cause of rickets throughout the world (10).

Vitamin D is known to have an immunomodulatory and anti-inflammatory action. As a result, its deficiency causes autoimmune diseases such as rheumatoid arthritis and frequent infections (11).

Why Should You Order a Vitamin D Home Test?

If you are experiencing the symptoms of Vitamin D deficiency, you are recommended to opt for a Vitamin D home test. Once the diagnosis has been established, you can make simple changes to help your body overcome the deficiency.

How Can I Increase My Vitamin D Levels?

Simple life style changes can help you get enough Vitamin D to fulfill your body’s requirements. 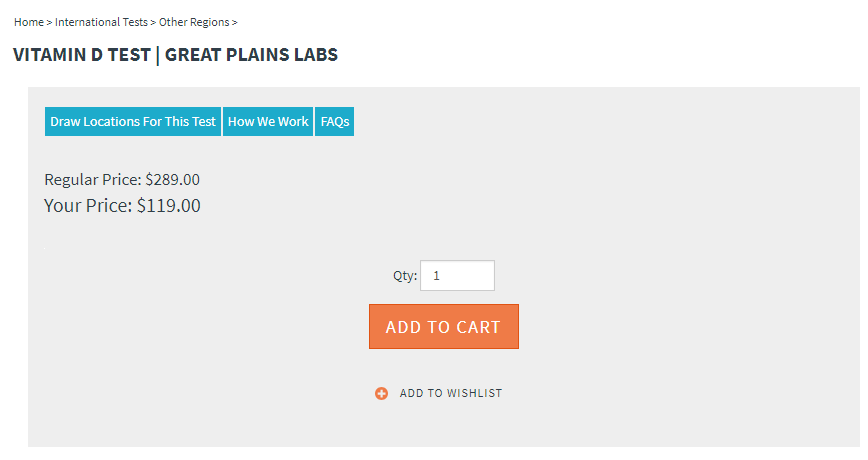